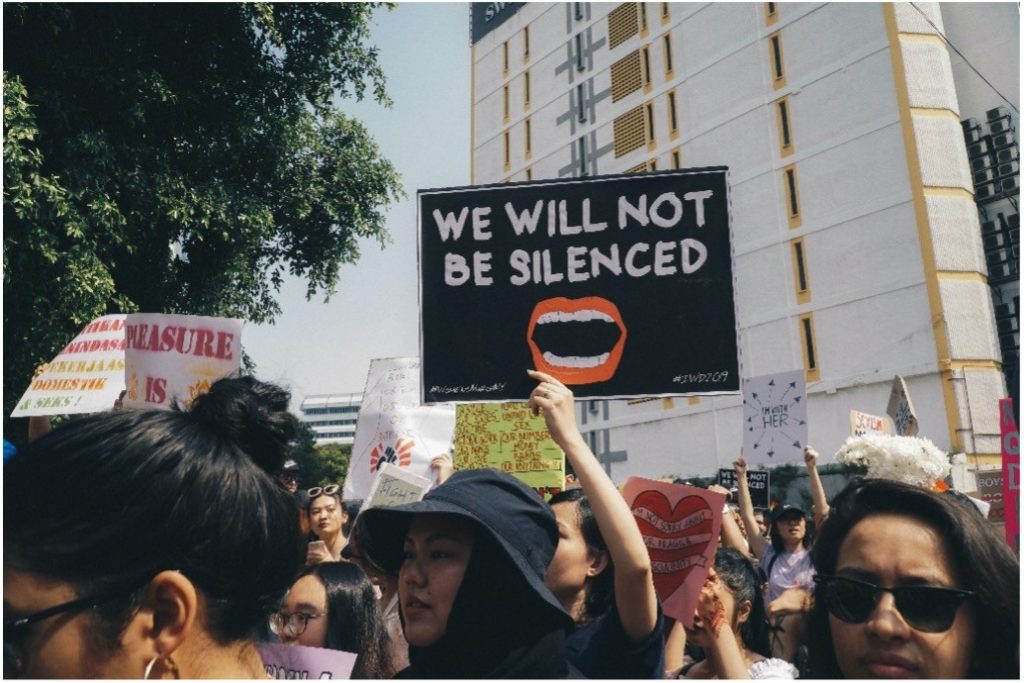 You cannot ignore the anger. There is a loud thunderstorm rumbling through town and the lightning is well and truly striking now – and it’s not just a meteorological event.  People are angry because there is a lot of hurt coming to the surface – emotional, physical, financial, professional. With one in three women globally experiencing physical or sexual violence in their lifetime – most people feel that #enoughisenough. Yesterday people march[ed]4justice to express their anger on the streets.

So what’s next? Usually with anger comes blame.  Yes there are a lot of individuals who deserve to have the finger pointed at them recently for their actions; however nothing will change if we don’t use the collective anger to move towards long term cultural change. And this can only be achieved by a committed focus on systemic plus behavioral change. One without the other will not stick; and we’ll still be protesting in another fifty years.

Only one week ago I spoke with many audiences of both men and women during IWD about how real change in workplaces will require systemic plus behavioral change; and here we are a week later with clear evidence that this is required at all levels – politics, community and work. There is much work to be done.

So where do we begin? Story telling is an extremely powerful call to action and there needs to be more of it; the real stories spanning many decades of injustice have only just begun to emerge. #metoo started the global momentum, but it needs to continue and go further and get louder and highlight both the big and small, every day acts of disrespect and unacceptable behaviour that people face at work, in public places, and sadly in their own home.  We need to not swallow up or dismiss the small, every day examples we’ve become conditioned to tolerate as being ‘not that bad’ or we will never re-set the bar high enough.  Women, tell your story and know that you are more supported than ever before, you are not alone.  As should men. Not every man has an easy, scar free experience of living and working in this country either – and that is also not good enough. Both women and men need to listen to the stories of brave people who open up, with the sole intent of seeking to understand what it is like to walk in those shoes if you have not had the same lived experience. We should all ask is that good enough?  If we are indeed a ‘clever country’ and a ‘lucky country’ as we like to call Australia, then we ALL need to listen and ask if we’re living up to our own rhetoric. Yes Australia has so far navigated the pandemic reasonably well compared to other countries, but that is not a ‘get out of jail free’ card for other poor behaviours. In fact, I’d say the moral standard is even higher for us;  when times are good they should be good for everyone. We should use our relative good fortune to elevate the standards of living for everyone. Yet here we are, with people (mainly women) still angry and hurt about the same crap we’ve been protesting about for far too many decades.

My story is not as tragic as many women, I have luckily not been the victim of violence or sexual assault. But I too have been denied a job because of my gender, denied a promotion because of my gender, been called names I care to forget… because of my gender.  Along the way I absorbed these hits because why bother complaining? I learnt early on that complaining gets you nowhere, but by saying nothing I also normalised very bad behaviours in the workplace.  But actually, it’s not good enough. I deserved to follow every step of the career path I was fully qualified for and my anatomy should have had nothing to do with it.

It is statistically undeniable that women are disproportionately more highly impacted by male domestic violence and workplace sexual harassment. But that does not make us all ‘man-haters’ and all the other insults thrown at us when there is this much anger around. We’re smarter than that and we know there are good men and boys who are our allies in this protest for a better society for everyone. So it’s time to say #enoughisenough and focus on real meaningful culture change for the good of all humans.

I eventually left corporate life and started first A Human Agency and then Cultivate Sponsorship so that I could work with good people and great organisations to drive real culture change. I believe we can, and all deserve, to work in human friendly workplaces where both women and men can see and follow meaningful career pathways that support everyone to achieve their aspirations. If we really are the ‘Lucky Country’ then let’s make sure it’s lucky for all.  #genderequality #enoughisenough #march4justice #inclusiveworkplaces #workplaceculture

PrevPrevious PostMentors are failing to accelerate women’s careers: But there’s a solution
Next PostDr. Natalie Galea – Fighting from the Judo mats to gender equality and human rightsNext